What kind of people tend to mark history? Though many attributes should be considered, I have something specific in mind which I’ll illustrate by listing names ranging in history from ancient to modern:

More modern examples could be included, along with the movements they started: John Wimber’s Vineyard, Loren Cunningham’s YWAM, Lou Engle’s TheCall, Mike Bickle’s IHOP. As far as I’m concerned, this is a noble group! I aspire to be more like such men. Even so, I do not intend to suggest uniformity or compatibility between all these names, nor do I imply equal stature in historic terms. Of course not. Likewise, you might not recognize or approve of everyone on the list. Yet here is the thing that has been gnawing at me, bringing fresh conviction. I need giant, oversized Dumbo ears. Said another way: Nothing changes until someone hears. 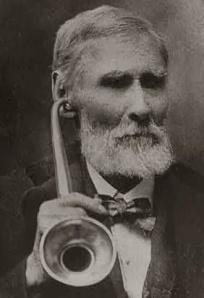 In my understanding, each of the people listed above heard God speak, or believed they did. It might have been quiet and internal, or external and circumstantial, or truly supernatural and revelatory. Regardless, it gripped them to such a degree that they began to modify their life according to the conviction of what they heard. In other words, they followed the voice. And in each case, in some measure, the world changed as a result. In fact, I daresay the world always changes when a man or woman become gripped—knowing in their knower—that they’ve heard the voice of God. Now, to be fair, it matters a great deal if God is really speaking. I don’t mean to celebrate delusion and deception. But listening is an art more than a science, and mistakes are bound to happen. I’ve made embarrassing mistakes in listening and hearing God that have been very painful, costing me trust and friendship. And yet, even though I bear the scars of those mistakes, I maintain that the greater danger of a Jesus-follower is to never live from the conviction of present revelation. Biblical revelation is objective and fixed in time. It is our north star. But the God-breathed rhema with which the eternal Word comes alive in a moment of need—an epiphany, a dream, a prophetic stirring—are the birthright of all God’s children. Not only do they add vibrancy and richness to our daily existence, the act of hearing and following is historically the most proving method of shifting the course of history. Exhibit A: the names on my list. Big ears. 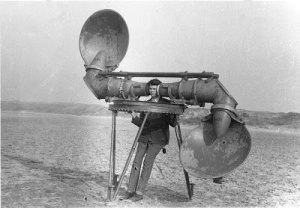 Equally amazing, God has ordered faith and revelation such that this principle remains true even in a non-religious context. History is replete with the hearing ear, the dreamer’s dream. Consider: The tune for Paul McCartney’s tune, Yesterday, came to him in a dream. According to the Guinness Book of Records, Yesterday has the most cover versions of any song ever written. The idea behind Mary Shelley’s Frankenstein came in a dream. Otto Loewi, a German born physiologist, won the Nobel Prize for medicine in 1936 for his work on the chemical transmission of nerve impulses, but the original inspiration that set him on that path came to him in a dream. The chemist Friedrich August Kekulé dreamt of a snake seizing it’s own tail, which led to Kekulé finally comprehending the circular, rather than linear, structure of the Benzene molecule. The excited Kekulé told his colleagues, “Let us learn to dream!” Likewise, the shape and structure of DNA eluded scientists until 1953, when Dr. James Watson had a dream that made him consider a double helix formation for the first time.

What about this one? Born in 1867 and raised in the cotton fields of the deep south, Madame C.J. Walker was an unlikely entrepreneur, philanthropist and social activist, yet she is considered the first female American self-made millionaire. Her fortunes started with a dream that solved a problem in the development of a specific hair care product. As she prayed to God for help, this is what happened:

“He answered my prayer, for one night I had a dream, and in that dream a big, black man appeared to me and told me what to mix up in my hair. Some of the remedy was grown in Africa, but I sent for it, mixed it, put it on my scalp, and in a few weeks my hair was coming in faster than it had ever fallen out. I tried it on my friends; it helped them. I made up my mind to begin to sell it.”

The list goes on and on. Elias Howe’s sewing needle dream. Jack Nicklaus’s golf swing. Stephenie Meyer, the author of the bestselling Twilight series. It doesn’t matter what you think of Twilight; the point is the power of revelation. These world-changing, fortune changing examples span all types of people and multiple disciplines: medicine, science, art, sports and business. You seek to do. You seek to achieve. You seek to impact. Slow down, back up. Those are all good. But answer this: what do you know in your knower? Have you yet heard the voice? The man who knows he has heard God, who lives with a spirit of revelation upon him, cannot be dissuaded. Paul was not Paul until Damascus Road. Moses was not the Deliverer until the Burning Bush. Jesus himself only did what he saw his Father doing! Ask. Seek. Knock. Listen. Hear. Do. Nothing truly changes until you hear.

2 thoughts on “Nothing Changes Until You Hear”

Devotional Confessions to Renew Your Mind and Establish Your True Identity