How the Soul Felt Its Worth 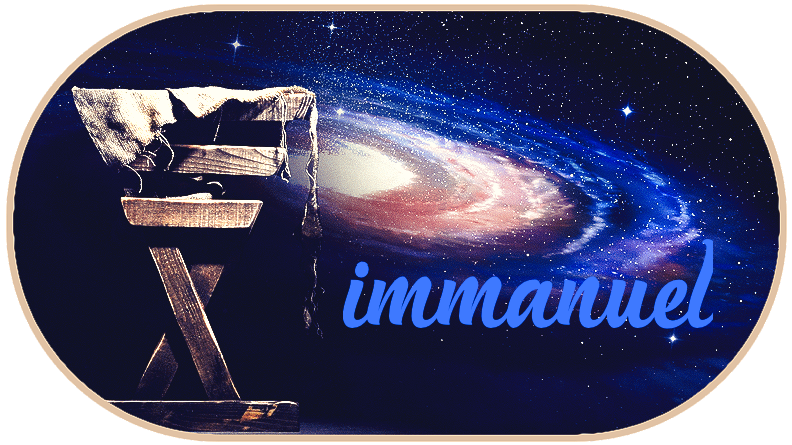 A different kind of Christmas story

Does an ancient story about a father who gave his only son sound familiar for Christmas? In spite of what you might think, I’m not talking about the priceless gift of God’s Son, Jesus. You actually have to go back about two thousand years earlier to another story. Even though this story dramatically points toward Jesus, it isn’t typically considered at Christmas time.

I’m talking about Abram and Isaac.

You see, Abram was too old to have children, and his wife Sarai was barren. Even so, God assured Abram that he would have a natural heir. In fact, all of God’s covenant promises would rest upon the favored, supernatural son that Abram and Sarai were incapable of producing. Isaac, the son who was given, and the lamb who was slain in his place, all whisper to us of the Son who would be given, who would in fact become the Lamb.

But something happened first. Before the miracle of Isaac’s birth, there was a turning point in the story. God changed Abram’s name to Abraham, and the whole gospel — the future story of angels and shepherds and a musty manger in the cold night — lies right there, right in the middle of the new name: Abra-H-am. God hid Himself right there in plain sight.

A Covenant and a Name

“When Abram was ninety-nine years old, the Lord appeared to him and said . . . ‘Behold, my covenant is with you, and you shall be the father of a multitude of nations. No longer shall your name be called Abram, but your name shall be Abraham, for I have made you (the) father . . . I am the LORD . . . as for Sarai your wife, you shall not call her name Sarai, but Sarah shall be her name’”

As I’ve already alluded, the great mystery of this passage has been pondered by rabbis and scholars for millennia. First of all, when God says, “I am the LORD” He is not declaring His title but announcing His name. This is essential to what He does next.

To really get the scope of what’s happening, we have to back up a bit and first understand a couple of facts about the name of God. Because the sacred name has four letters, YHWH is also called the Tetragrammaton. Utilizing traditional vowel insertions, we have transliterated the name as Yahweh for centuries, mostly for the sake of pronouncability. Honestly, we’re just guessing. The holy name is considered inherently unpronounceable. By extension, ‘Jehovah’ is a further anglicized copy of a copy; just another attempt to say it.

What’s in The Name?

At the burning bush, Moses came face to face with both God and His Name: “I am I am” (Exodus 3:14). We approximate this as “I am that I am” to help us make better sense of it in English, but of course, the name remains a mystery. ‘YHWH’ perfectly expresses what (3:14) and who (3:15) God is, even as He remains perfectly inscrutable.

Consider that there is no intrinsic connection between me and my name, nor you and yours. Don’t get me wrong, I like what my name means. I like that it identifies me. My friends don’t call me Bill or Howard. Thus my name has value. It is symbolic, important, emotional and relational. At the same time, my name is a fixture. It can exist apart from me. As evidence, my name can also be applied to many other people. In that sense, other than the fact that my name has meaning, it expresses nothing essential to my existence. I could just as easily carry another name (my Mom almost named me Bo). What I cannot do is be a name. A name is a moniker, a label, a badge. I can live up to or soil my name, but I and my name are still divisible at the level of existence. Not so with Yahweh.

“I Am” perfectly describes that God must exist, and that He can be none other than He is, because  His name is indivisible from His being. Playfully, but soberly stated, my life is a bit of a question mark: “Am I?” God’s is an irreducible fact: “I AM!”

Let’s add a couple more ingredients to this unusual Christmas story. Ruach is Hebrew for ‘spirit’, ‘breath’, or ‘wind.’ Depending on the context, it can be translated as any of these. When spoken, the word engages one’s breath and lungs (say it aloud, you’ll see). Unsurprisingly, the very first mention of ruach is at the very beginning of the Bible.

Genesis reveals that the Spirit of God was present in the act of creation. Other Hebrew terms reflect this, including “Holy Spirit” (Ruach HaKodesh) and the “Spirit of God” (Ruach Elohim). For example, in Psalm 51:11, David prayed: “Do not cast me away from Your presence and do not take your Ruach HaKodesh from me.” In several Old Testament stories, the Ruach Elohim comes upon a person, empowering them in an unusual way. Pharaoh said of Joseph, “Can we find a man like this, in whom is the Ruach Elohim?” (Gen. 41:38)

As you can see, the Hebraic notion of Ruach HaKodesh as the power emanating from God’s name is highly Christological. Even as the Son was sent forth from the Father, the Spirit was sent forth from the Son. When the Holy Spirit fell upon the Upper Room after Christ ascended back to His Father, a new expression of humanity was born. The church drew its first living breath in Acts 2 when it was filled with the ruach of God.

This is what it means to be born again. You are not the Old Creation born under the Old Adam. You are a New  Creation, born under the Last Adam. And even as God breathed into Adam’s nostrils, Yahweh has breathed into yours. Yet the beauty and mystery goes further still, for as we have seen, Yahweh’s name contains His breath. The aspirated consonants of YHWH (Heb: ‘Yod, Hei, Vav, Hei’) even sound like breathing, especially the letter Hei, representing the upper and lower breaths. Get it? 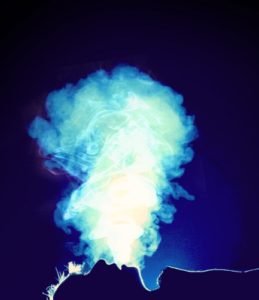 When you stop breathing, you die. To be divorced from God’s animating force is for death to prevail. Thus, in Ezekiel 37, when the ruach entered the dry bones, the bones lived again. How could they not? Previously there was no life, but wherever the ruach is there is life. It’s not even a struggle. The valley of the dry bones gives us a visual allegory for both the rebirth of the nation of Israel and divine CPR injecting wind into our stillborn lungs. When the breath of God enters the dead thing, it must live.

Which brings us full circle to old Abram. When God changed Abram and Sarai to Abraham and Sarah, what did He insert? The beautiful, astonishing answer is nothing less than Himself. He gave His sacred breath, His royal H — the Hei! You see, Yahweh did not just alter their names, He let them borrow His. The natural history of Abra-h-am thus prefigures the coming investiture of God’s own life-force into a reborn people. As clay-formed, pre-breath Adam was lifeless, so were Abram and Sarai relative to their ability to create new life. Hebrews 11:12 says their physical bodies were as good as dead, incapable of producing fruit . . . until God breathed His ruach into them.

While it was theoretically possible for Abram the man to not be a father, when the Hei was inserted into his name and his decrepit body filled with the fatherness of God, the influx of divine power enabled Abram, a sterile old man, to possess power to conceive. God said as much: “Your name shall be Abraham, for I have made you (the) father . . . I am YHWH.”  And so Isaac, the Son of Promise, was born a year later. Bing-bang-boom. The explicit link from the second person of the Trinity through Isaac as a type of the Son to come is simply another confirmation of  the power of the Divine Name, for the name is not only essence, it is also the manifest extension of the essence — which is Christ. Immanuel does not just draw near, He literally dwells within. If you are in Christ, and He in you, the Hei of God has become part of your name, too.

Here’s a critical part that could easily get missed: God did not (and I dare say, could not) breathe His life into them until they believed. Two chapters before this episode, it says in Genesis 15 that Abram believed, meaning he chose to relate to God by faith, not works — which was then credited to him as righteousness. This, in fact, becomes the historic backdrop of our own regeneration, for “Abraham is father to all who believe” (Rom. 4:16). We, too, were dead in sin, but when we follow Abraham’s example in putting our faith in Yahweh, the spirit of God enters us.

This is what we were made for. This is how we move from feelings of worthlessness to worthiness. One of the most enduring Christmas hymns is Adolphe Adam’s, “O Holy Night.” A key lyric from the song goes like this:

“Long lay the world in sin and error pining,’
Til He appear’d and the soul felt its worth.”

How does our soul find its worth? We come home. To be home is to be filled with God, in unbroken fellowship with our Creator. Humans are uniquely born to breathe the breath of heaven. We are perfectly fashioned vessels for the Ruach HaKodesh — men and women in whom the Ruach Elohim longs to dwell. So when we could not rise to such heights on our own, gasping and gurgling for air through our sin-scorched lungs, God breathed into Mary’s womb and Immanuel came. We could not do it, so God put Himself in the gap. The babe in a manger became Hei for our oxygen-deprived lungs.

To perceive such a mystery and to believe is to be changed, for in the believing — as Abraham’s story reveals — is the deposit of Hei deep inside us. Our dry bones gasp with fresh air.

We surge to life.

This Christmas, no matter how dead and dry you might feel…no matter how afraid or lonely you may be…no matter what might be falling apart…there is fresh breath from heaven, and you are meant to breathe it.

So now you know! Of course, this story was always about Jesus, not Abraham. But like Abraham, we must believe and receive, for the Son of Promise is nearer than we know.

PrevPreviousA Life of Dreams
NextIt’s time to get a LifeNext